Buy KNOX snus at The Royal Snus Online! KNOX snus brand was created by Skruf in 2006. Now, about 10 years later, it is Sweden's second largest snus brand. Skruf himself describes KNOX snus as a high quality alternative for those who do not want to pay too much. The prills have an authentic and robust tobacco flavor and vary in humidity depending on which of the different KNOX varieties you choose. KNOX snus are the most popular snus product in Sweden these days, give a try! Skruf AB are also well known for products like Skruf Super White nicotine pouches, Skruf snus, Smålands Brukssnus snus and Knox snus. 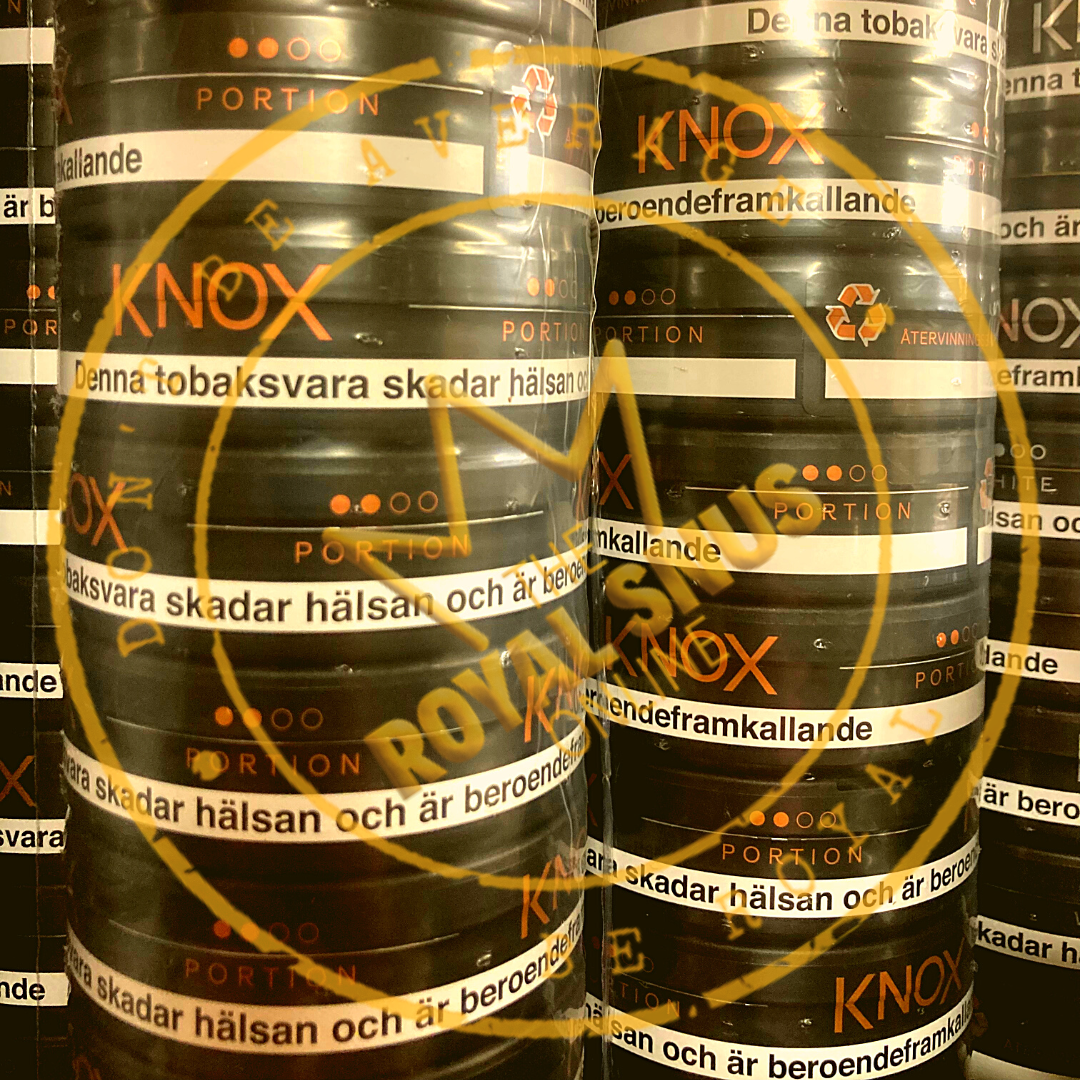 My name is KNOX Snus, but people also call me ...