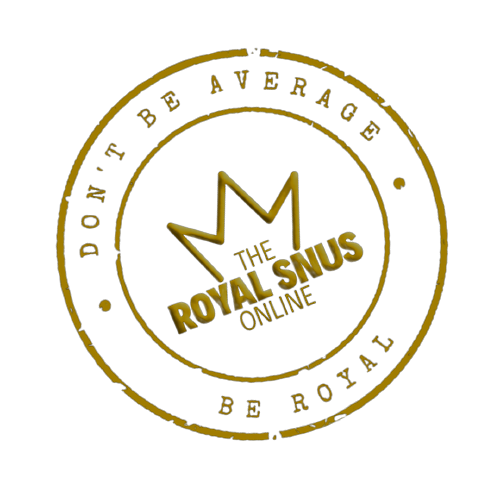 SNUS comes in many variations, formats and flavors form many Swedish manufacturers and brands. Snus has it's main focus on a distinct tobacco flavor, but there are many added flavors for every snus user taste as mint, berry, fruty, licorice, whiskey, wintergreen, juniper, frost, citrus and of course the traditional flavor- natural tobacco flavor snus. The main formats are white portion snus, original portion snus and the old classic- loose snus. The nicotine content of snus also variates between different snus brands and are usually between 6- 43mg. Snus are served in regular portion, mini portion, slim portion, extra slim portion and loose.

Snus is quality, moistened, smokeless tobacco, which has been in use in Sweden for more than 200 years,
Snus is a smokeless tobacco product placed between lip and gum. There are countless Snus flavors and strengths of the nicotine content.
Swedish snus is served in portions (bags) that are larger than American snus portions. Swedish snus is for more tobacco characteristic. One of the most popular flavor of Snus these days are Mint. Swedish Snus are well known for brands like SIBERIA, G.3, G.4, ODENS, GENERAL, JAKOBSSONS, KRONAN, KNOX, GRANIT, TRE ANKARE, XR, SKRUF, GÖTEBORGS RAPÉ, KAPTEN and more..

White portion- white portions (bags) are known to last longer because the bag/ portions is not moist until it lays under the lip. White portion snus is about the same amount of moisture in white portions as it is in the original portions. The Royal Snus Online shop offers all kinds of original portion snus from brands like Odens, General, Mustang, Skruf, Göteborgs Rapé, Smålands Brukssnus, Kronan, Islay Whisky, Granit, Ettan, Grov, WOW!, Kapten, G.3, KNOX, Kaliber, R42, Thunder, Offroad, Jakobssons, Chainsaw, Siberia and more..

All white snus – snus with washed tobacco (white tobacco). There is no tobacco flavor in all white snus. In addition, the snus doesn’t make unwanted colors on the teeth. At our shop you can find all G.4 snus products what is completely white, but with tobacco if we are comparing to nicotine pouches.

Loose snus – Loose snus is the oldest type of Swedish snus. It contains- tobacco, salt, water, and taste/ flavour. Loose snus comes in various coarseness, which means how many cuts it has been made with the tobacco leaf. At The Royal Snus Online shop you can find all kinds of loose snus from brands like Odens, General, Mustang, Skruf, Göteborgs Rapé, Smålands Brukssnus, Kronan, Islay Whisky, Granit, Ettan, Grov, Röda Lacket and more..

Nicotine and tobacco FREE snus are made for those who want to cut down on snus or stop snus habit completely. The snus has a very authentic taste and is available in more flavors like original, peppermint and licorice and more.. Search for products like QVITT, ONICO or KICKUP.

Buy Swedish Snus & Nicotine Pouches from The Royal Snus Online and get fresh products delivered straight to your home. We guarantee fast, easy and fair price delivery with trackable shipments worldwide. Explore our wide range selection of snus and nicotine pouches brands and flavors and find your favorites and place your first order online today.

We offer fast shipments of Swedish snus and nicotine pouches to US and to the rest of the world with exception for EU, kindly check our shipping policy before placing an orders with us. Please get informed about any possible restrictions with customs that may apply. We have experienced cases where custom charge high import duties and fees. We do not cover any costs or issue any refunds on orders placed or returned back to us.

The History behind Swedish snus

Snuff in Sweden was born in the 16th century when Swedes began to mix tobacco leaves with salt and water to place behind the upper lip, but before that Europeans first came into contact with the tobacco plant when Christopher Columbus reached the island of Haiti in the West Indies in 1492. In early 18th-century in Sweden snus became a moist ground tobacco product originating from a variant of dry nasal snuff. This is just a short history of this famous product.

What products we recommend at The Royal Snus Online Shop?

We do recommend them all, but if you ar looking for specific brand or familiar taste the most common products these days are:

Siberia - Siberia snus is one of the world's strongest snus and it is unique in many ways. The most notable for SIBERIA snus is served with extremely high nicotine content of 43 mg/g. Siberia is manufactured by GN Tobacco what emphasizes that it is approximately 43 mg nicotine per gram in the SIBERIA White Dry version snus what makes Siberia snus the most strongest Swedish Snus available on market. Siberia is one of the most popular Swedish snus products on market these days and available as white portion, original portion and also in slim, mini and regular size pouches. Siberia are well know products as Siberia Black, Siberia Red, Siberia Brown and Siberia Blue.

Odens - Odens snus is a brand in the low-price snus segment, but it is well know for it's great quality and wide range of types and flavors. Odens snus are one of the most popular Swedish snus products on market right now and it is available in many flavors as mint, menthol, wintergreen, lemon, melon, citrus, natural tobacco flavor and much more. Odens snus are available in different shapes as slim, white portion, original portion and loose. Well known products from Odens are Odens Cold Dry Extreeme, Odens Double Mint, Odens Original Portion and more..

Nick and Johnny - this snus is strong, tasty and available in many flavors and shapes, made by Swedish Match. The Nick and Johhny snus brand is relatively new on the market and was first launched in Norway, where it quickly became very popular. Nick and Johnny snus come as usual portion and white portion with different shapes- slim, regular and original portion.

Skruf - Skruf appeared in the Swedish market in 2003 and quickly became known as the sticker with white snus box. Skruf Snus was the companies Skruf AB first product line and the name comes from a small area in Småland, where the snus began to be manufactured, called Skruf. These days it is on of the most popular products in Sweden available in meny strengths, sizes and tastes as mint, cranberry, original tobacco and much more. It is available as original portion, white portion and loose. Also the new tobacco free Skruf Super White Series and ZONE X nicotine pouches has become very popular these days.

Jakobssons Snus - manufactured by Gotlandssnus (nowadays Swedish Match), which also manufactures the popular seasonal cuts as Julesnus, Sommarsnus and Påsksnus. Jakobssons Snus has manufacturing traditions that extend all the way back to 1897 and is manufactured with a mixture of specially selected raw materials and fine tobacco varieties. The tobacco varieties are collected around the world and give a strong taste to the snus without it running too much. Jakobssons snus is served with great variety of flavors and comes as original portion, slim, white portion and mini portions.

Lundgrens snus - a premium brand manufactured by Fiedler & Lundgren. Lundgrens snus always challenges the snus world standards with a proud craftsmanship and revolutionary innovation for all the products. Lundgrens snus has introduced several innovations in recent years. First of all was the perforated snus bag what is the main difference between all another snus products on market so far. Lundgrens snus served in a snus bag with holes, which lets through the taste faster without running more and softer fleece that does not rub under the lip during the snus experience. Each product from Lundgrens snus is a tribute to a region in Sweden, with flavors that evoke associations with popular Swedish regions. Our goal is to let Lundgrens snus take you on a taste trip and the exploration of the Swedish flora has just begun.

We have them all at TheRoyalSnus.com and much more to offer, the choice is yours!