What is CATCH snus and why to buy it at The Royal Snus Online shop? 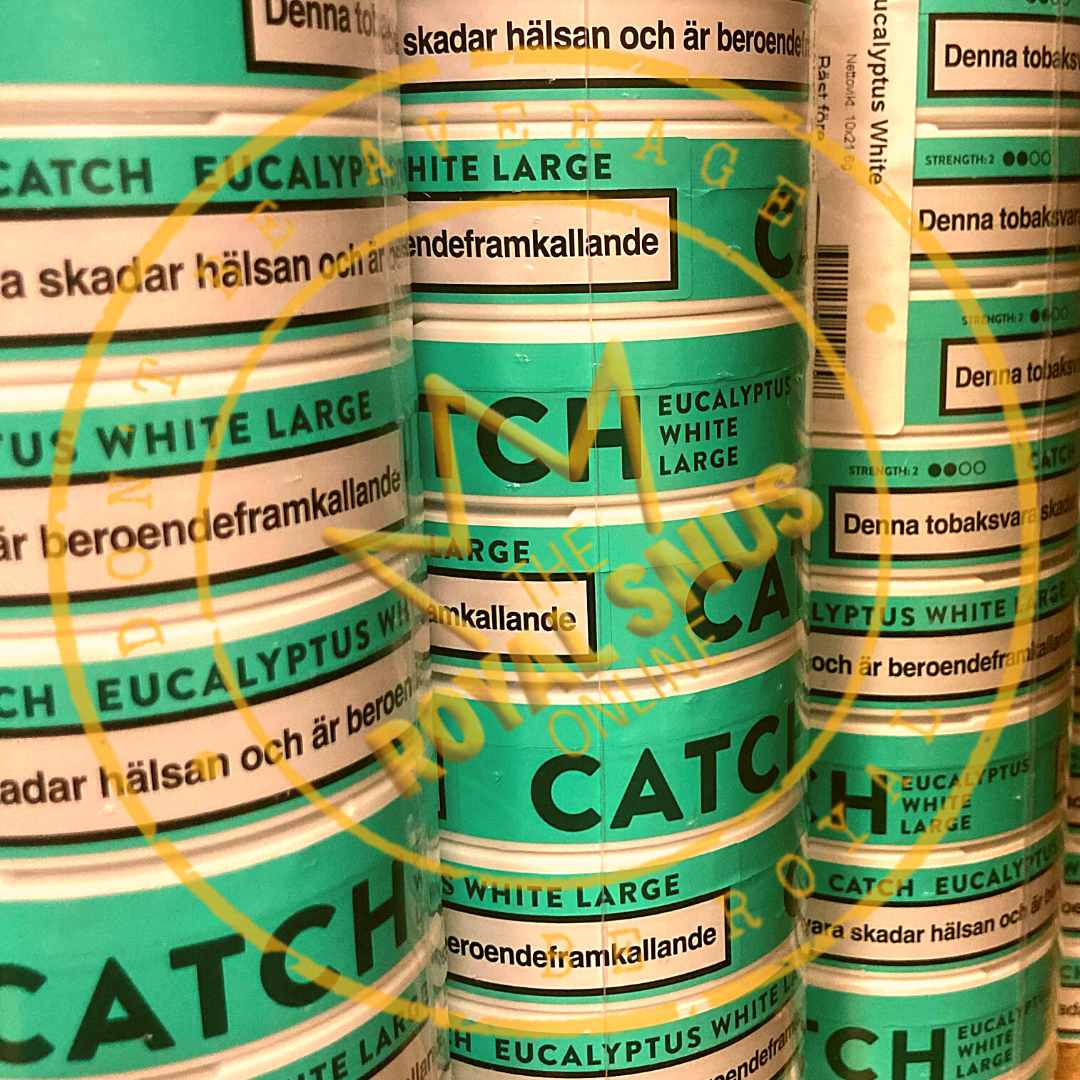 Some time recently Swedish Match propelled Catch Licorice in 1984, all snus had a unmistakable tobacco taste. Whereas brands such as General and Göteborgs Rapé include flavor profiles with notes of natural product, herbs and citrus oils, tobacco is continuously at the heart of the taste involvement. Catch offers the inverse. With a particular taste of mint, licorice or eucalyptus, each item within the Catch family includes a interesting flavor profile. More than 30 a long time after its dispatch, Catch is presently accessible in a moister Original parcel, a drier White parcel and the indeed drier Dry arrange. Catch Dry is comparative in feel to White portion down, but whereas the parcel measure is the same, the dampness substance is kept as moo as possible to make a portion snus with negligible trickle. For clients searching for a snus in Slim Large format that gives longer-lasting flavor and less dribble than an unique White Portion from Swedish Match, we moreover offer XR Catch
Mint, which could be a portion of our XRANGE arrangement. Order all of CATCH snus at The Royal Snus Online shop!

My name is CATCH Snus, but people also call me ...